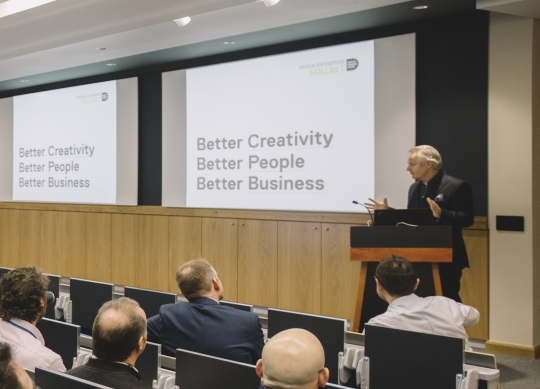 The Design Enterprise Skillnet offers subsidised training that is tailored specifically to the needs of Irish designers and design practices across the country. more

2017 has ushered in a gale-force shift in global thinking. This is unsettling, destabilising and on many seismic levels, disturbing - no matter what side of perceptible divide you find yourself. more 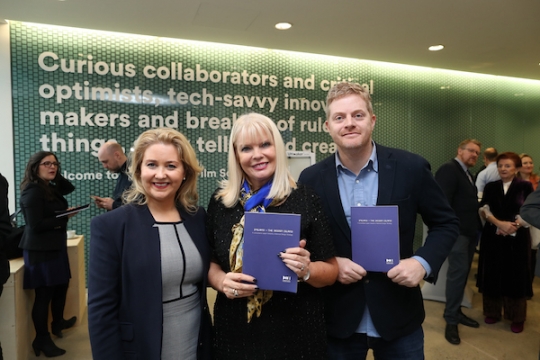 Ireland - The Design Island, National Design Strategy - A consultation paper towards a National Design Strategy- It urges a sustained investment in design and proposes a series of actions for the strategic development of design and design thinking. Quote-p.10 'Design is about more than mere styling. It can be used as a tool to address the world’s biggest societal, cultural and environmental challenges, solving problems and improving universal needs and services. more 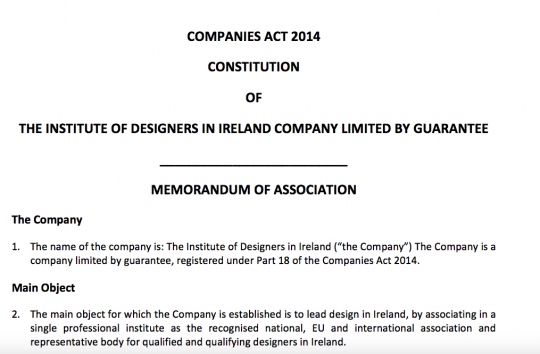 A new IDI Constitution was ratified at an EGM on Monday 19th 2016. This now aligns IDI's constitution and procedures with current legislation. IDI can now be fully legally compliant with the appropriate parts of The Companies Act 2014. more

In this extraordinary year of celebration and reflection for Ireland, we are proud to present DESIGN:RISING, more

Part of the task set as part of #DesignRising, the central theme for IDI in 2016/17, is to develop the organisation to be more active and present outside of Dublin. more 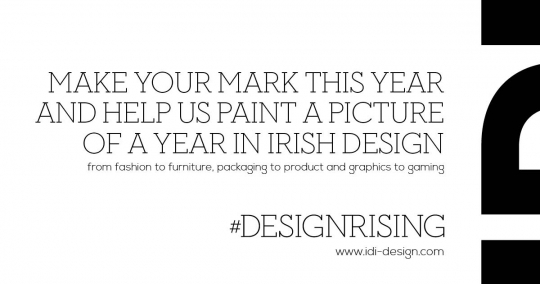 In an extraordinary and historic year for Ireland, we are proud to announce DESIGN:RISING, the 2016 IDI Irish Design Awards, that will officially open for your entries on August 23rd 2016.
In this monumental year we hope to elevate how Irish Design is perceived, engaged with and appreciated across the globe.
more 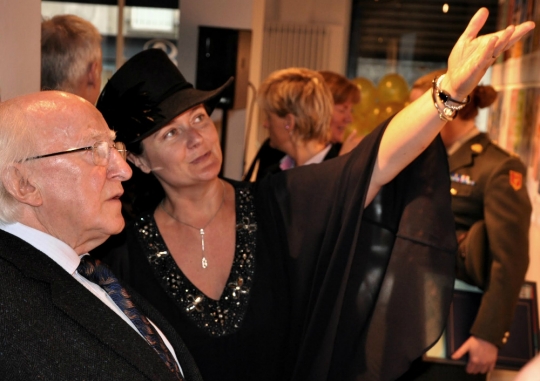